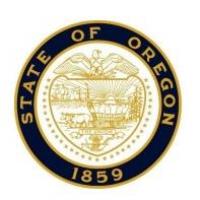 Repealing Tax Relief Will Hurt Working Oregonians
SALEM, Ore. – Today, the Senate Committee on Finance and Revenue had a public hearing on the -1 amendment to Senate Bill 137, which would repeal certain tax relief provisions from the state tax code. Because the Oregon and federal tax code are connected, the amendment would repeal important measures passed in the federal CARES Act meant to ease the burden of lock-downs that devastated working families and small businesses.

“The CARES Act and federal relief was designed to help working families and businesses make ends meet, not be siphoned off to state government,” said Senate Republican Leader Fred Girod (R-Lyons). “Make no mistake: this is raising taxes on businesses during a time when they need our help the most. Our small businesses have sacrificed a lot in the name of public health. Doing away with this assistance would create even more uncertainty for working Oregonians.”

“This amendment is a full-on assault on working families looking to recover,” said Senator Lynn Findley (R-Vale), Assistant Republican Leader and member of the Finance and Revenue Committee. “In the middle of a pandemic, Oregonians can’t afford for lawmakers to be messing with important tax relief that the CARES Act provided for working families. As proposed, this amendment would even increase taxes on small businesses that are losing money because of lock-downs.

“Oregon’s economic recovery is far behind the rest of the country. Major tax increases on working families and employers would stall the recovery, slow hiring, and ultimately deprive the state of revenue in the long run. The best way to bring revenue into the state is a safe and rapid reopening of Oregon businesses. Senate Republicans are committed to returning livelihoods to working families.”

Oregon lost 25,500 jobs in December, raising unemployment to 6.4%, a 7% increase from November’s number. The leisure and hospitality sectors have been devastated, with 28,600 jobs lost in December alone.