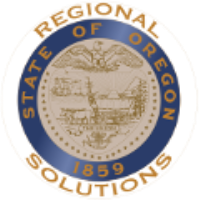 I wanted to reach out and provide some updates as we open 2021 as the last couple of weeks have been…busy… in Washington D.C.  For starters, Senator Jeff Merkley was sworn in yesterday for his third term and we are looking forward to continuing to serve Oregonians.  If interested, Senator Merkley’s press release talks about some of his overarching priorities for the 117th Congress, which, in addition to COVID response and recovery, will focus on climate, families (good-paying jobs, quality health care, affordable housing, and education), and democratic reform (check out the We the People Act).

In December, Congress passed a third COVID relief bill along with an omnibus spending bill and the Water Resources Development Act.  The COVID relief bill was not up to Senator Merkley’s standards, but in the end, was better than nothing.  Senator Merkley views this bill as yet another stopgap measure and notes that much more is needed to get American families and businesses back on our feet. Additionally, Senator Merkley and others are still fighting to get direct funding to States and Counties; he continues to believe that this is a critical part of recovery.  You may have also seen some of the… interesting… back and forth regarding the $2,000 stimulus payments. As of right now, that effort has been blocked by Senator Mitch McConnell, but I expect to see the fight continue. Senator Merkley does support a $2,000 stimulus payment for individuals.

Some of the highlights from the COVID relief bill: The FY 2021 omnibus spending bill had a lot of great stuff that Senator Merkley fought for.  For a more thorough list of provisions from the FY 21 appropriations bill, please check out Senator Merkley’s press release here.  Here are some highlights: Congress also passed the Water Resources Development Act (WRDA) which has some great stuff in it for Oregon. Some highlights: Please let me know if you have questions regarding any of this information. I know it is a ridiculously long email.  Looking forward to a new year.