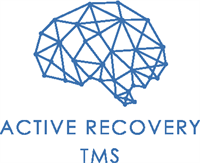 In the United States, between two to three million adults and teens have Obsessive Compulsive Disorder (OCD). While the COVID pandemic has exacerbated all mental health conditions, a new treatment is available for those suffering from this debilitating disorder. Active Recovery TMS, an Oregon-based clinic specializing in treating depression, can now offer this groundbreaking treatment to people experiencing OCD.

Transcranial magnetic stimulation, or TMS, is a non-invasive treatment for OCD patients whose symptoms have not improved with traditional talk therapy or medication. TMS uses a highly focused, pulsed magnetic field (similar to an MRI) to stimulate the brain regions involved in mood regulation. It was FDA-cleared for use in the treatment of OCD in 2018.

Thirty to sixty percent of OCD patients are treatment-resistant and do not respond to talk therapy or at least two antidepressant prescription treatments. For these patients, TMS is one of the few viable options. Because TMS is a non-invasive procedure, side effects are rare but most commonly include discomfort at the treatment site or a mild headache.  These are generally resolved in the first few treatments. TMS technicians monitor and mitigate a patient’s side effects by reducing stimulation or taking over-the-counter medications before the procedure.

In comparison, antidepressants are associated with a wide range of side effects, including blurred vision, dry mouth, fatigue, gastrointestinal distress, headache or migraine, insomnia, nausea, sexual dysfunction, and weight gain.

Peer-reviewed studies for treating OCD with TMS  have shown significant improvement in patients’ Yale-Brown Obsessive Compulsive Scale (YBOCS) scores. YBOCS is the standard measurement for obsessive compulsive disorder symptoms. Forty-five percent of patients in the active treatment group had a substantial improvement in these scores compared with 17% in the sham (placebo) treatment group.

About Active Recovery TMS: Active Recovery TMS seeks to provide a safe and effective alternative treatment for depression and OCD with transcranial magnetic stimulation, a compelling option for those who have not had success with standard depression treatments like medication and/or psychotherapy. It opened the first clinic in NW Portland in 2017 and has rapidly grown to five locations across the Portland metro and greater Willamette Valley.